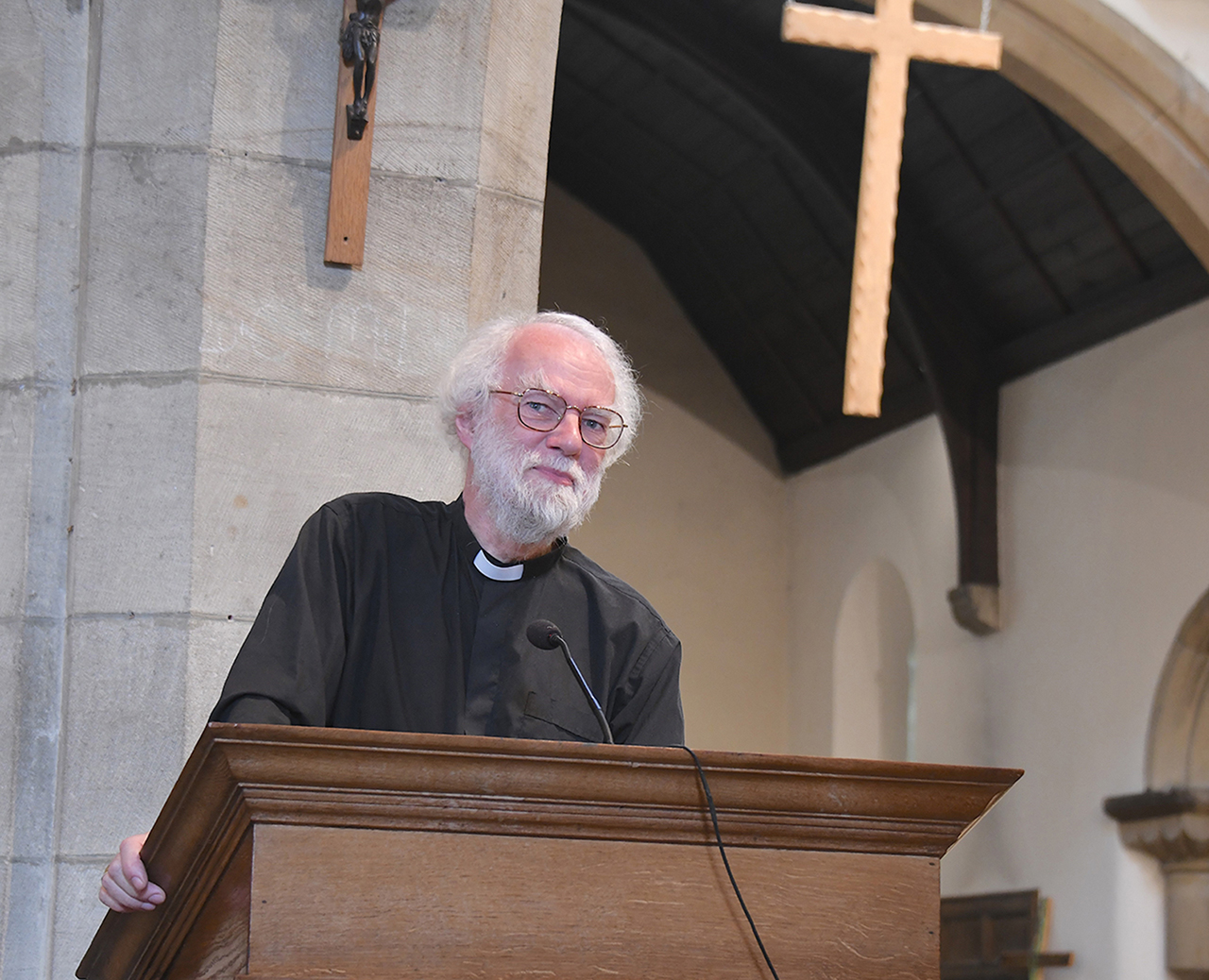 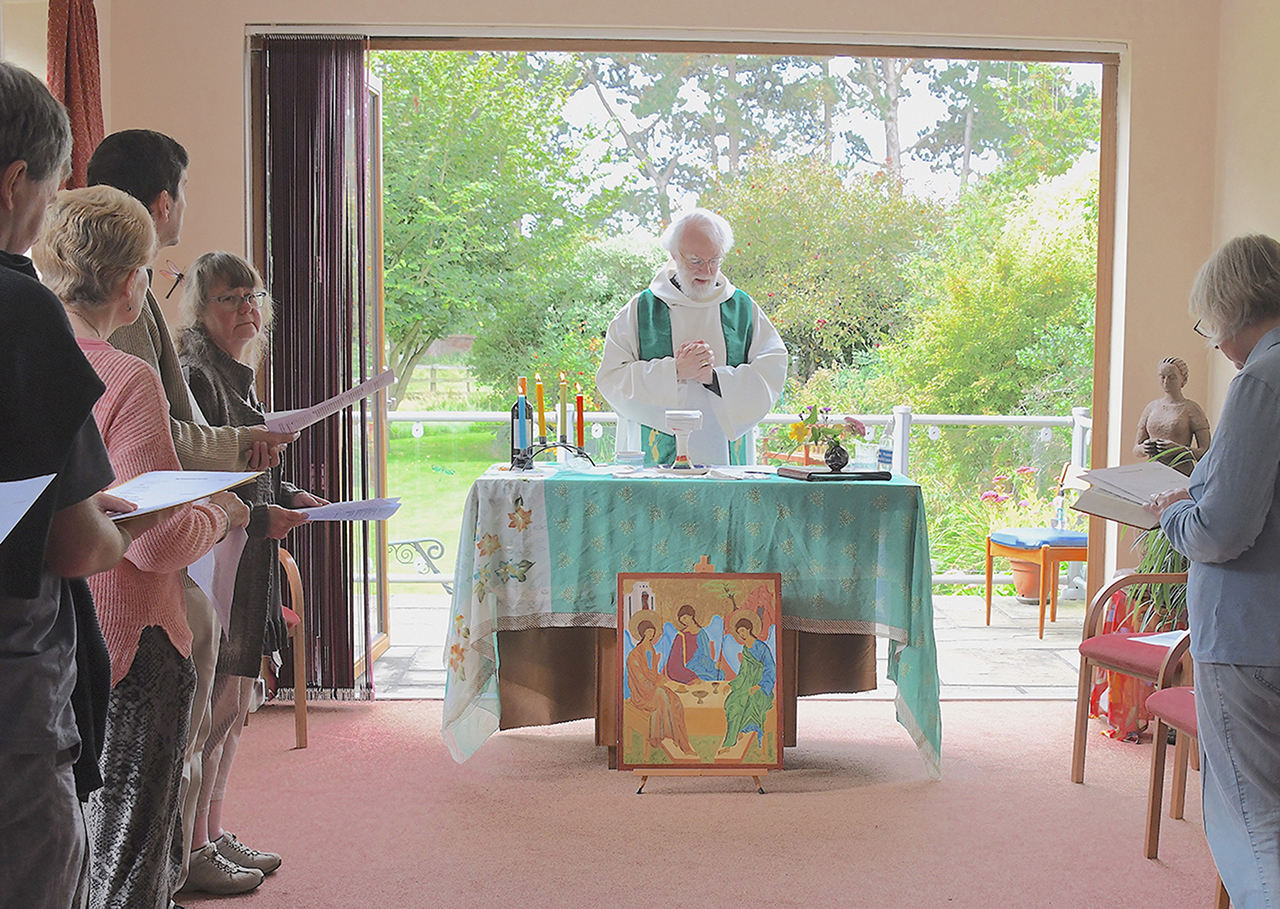 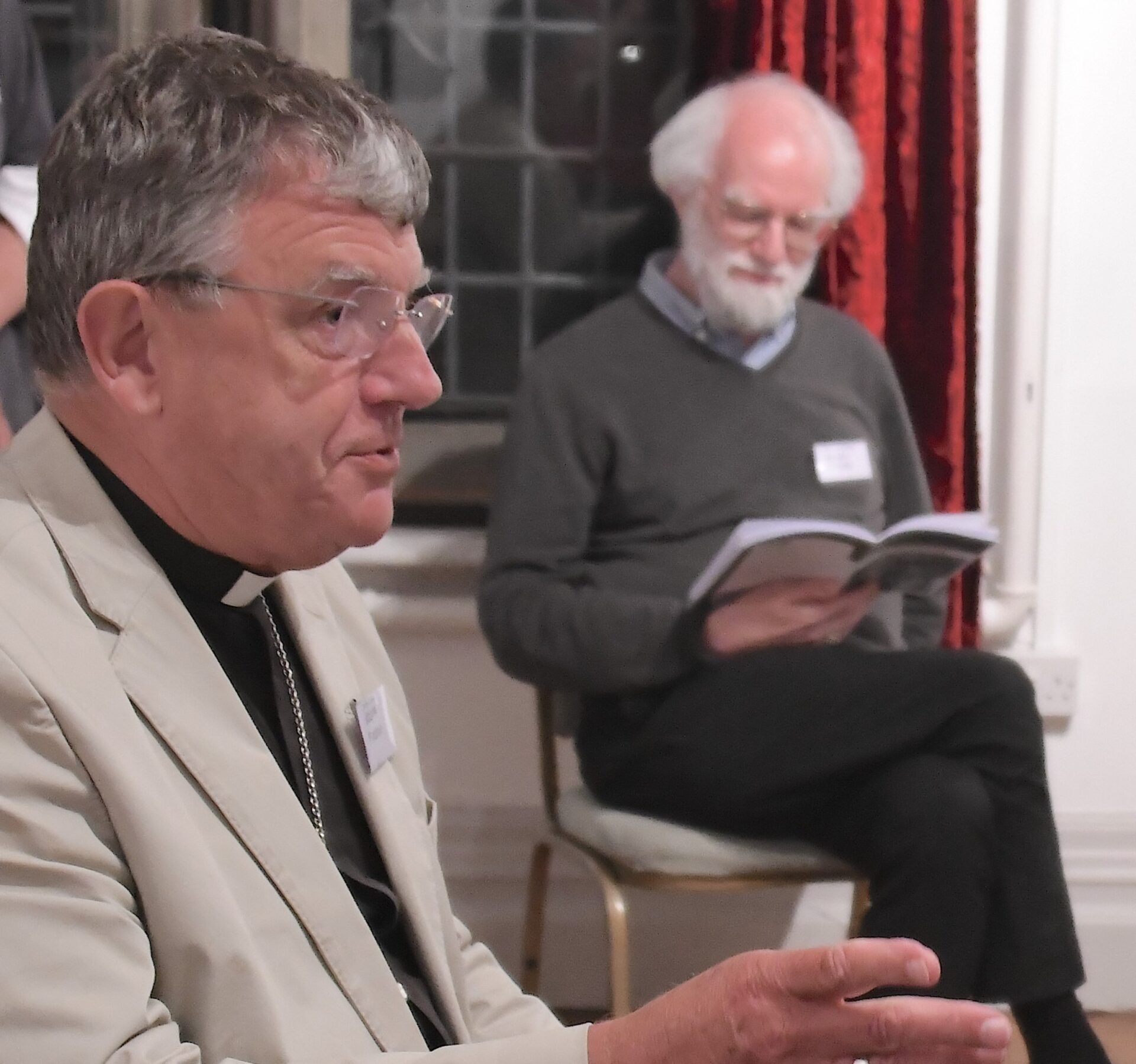 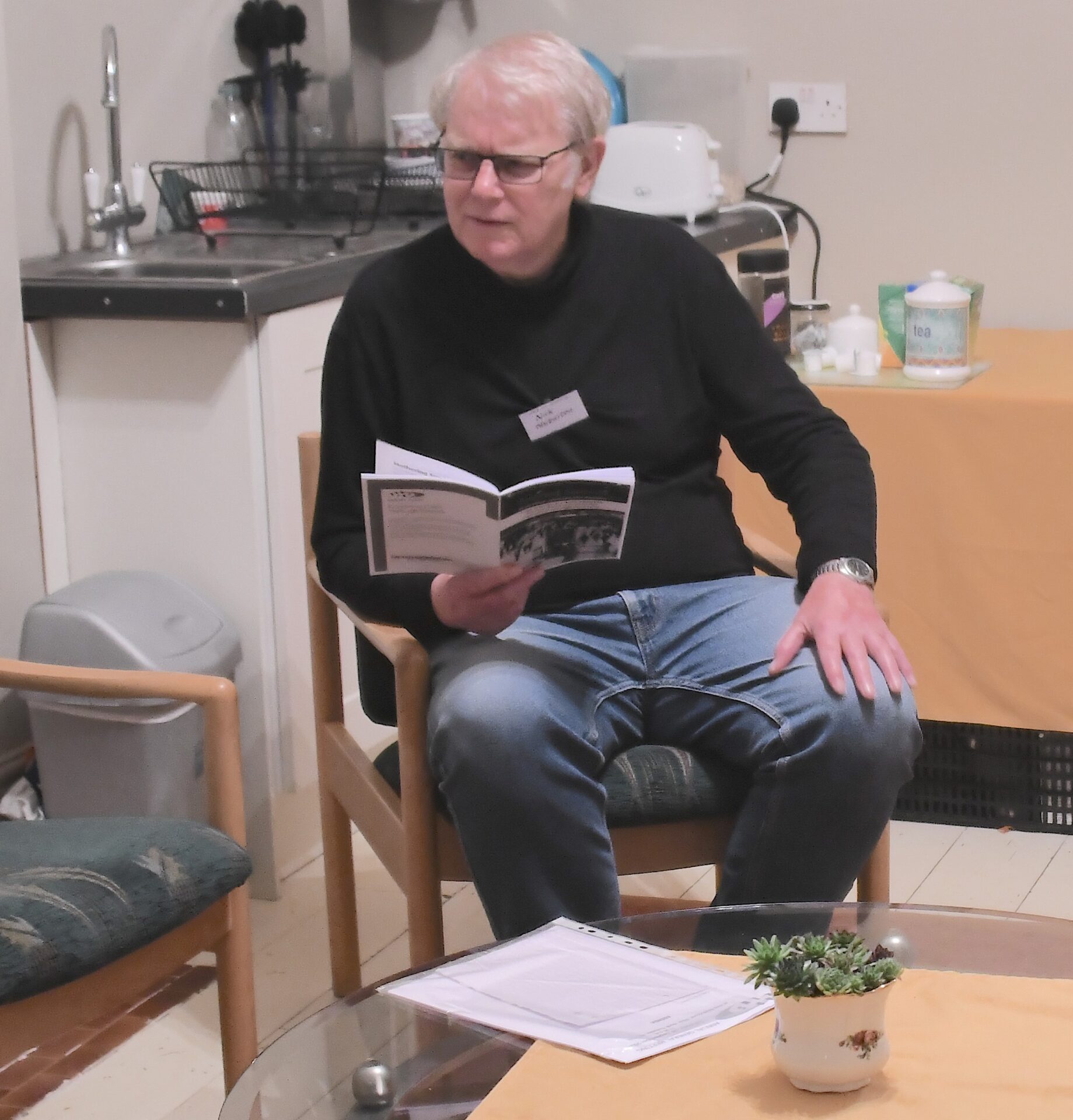 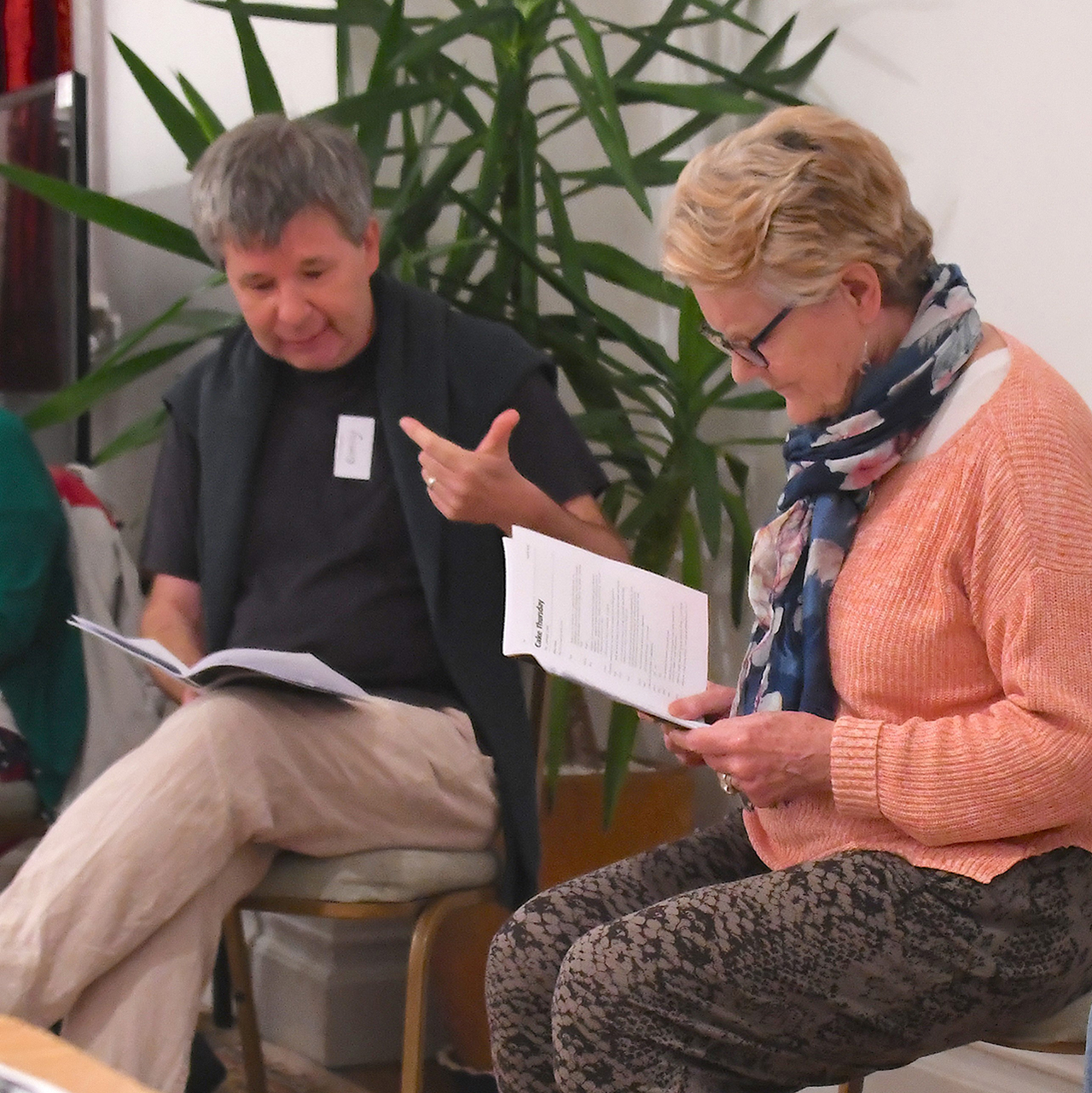 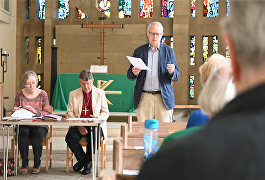 Council Chair Nick Warburton gives an overview of the year 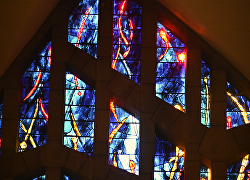 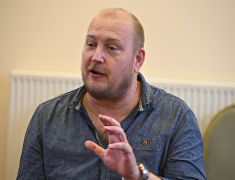 Actor and director Peter Moreton leads a workshop on the Parable of the Banquet.

Radius hosts a regular series of workshops in association with local groups round the country.

Recent workshops have included Voice with Yvonne Morley, Acting with Will Featherstone (pictured) and film-making with Matt Harris.

In association with the Friends of St Mary’s, North Stoke, Radius helped to mount a Julian of Norwich festival in 2016, including performances of Cell Talk by Dana Bagshaw, and in 2017, again at St Mary’s, we staged extracts from plays on the Faustus theme as part of an illustrated talk. In 2018 and 2020 Radius held playwriting competitions in association with the Finborough Theatre. 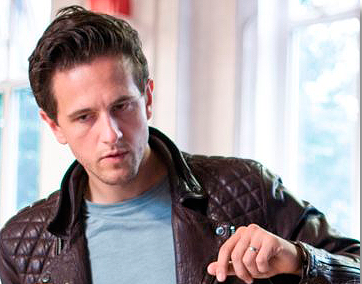 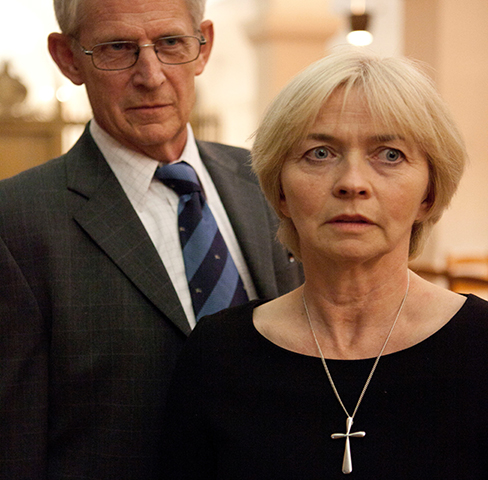